I have a relatively high aptitude for imperfection. It’s no secret that I have fumbled my way through life and managed to mess up things on a pretty routine basis. Based on my predisposition for blunders, one would think I would have a high tolerance for others acting a fool. Most of the time this is completely true; I have a high tolerance and understanding for the human condition. This weekend was not one of those times.

Nothing brings out the ridiculousness in people like youth sporting events. It’s like a convention for short-sighted delusional parents. The dads of the quick-handed 8 year olds or the off-the-growth-chart-early 12 year olds are compulsively barking from the bleachers to their obviously superior genetic offspring. The same DNA patriarchs can often be found red-faced and berating the inexcusable effort of a well-intentioned aspiring athlete. And the moms…they can be categorized into a few different groups:
1. The Maniac Mom-yells at the ref, the coach, her kid, other kids and parents. Usually she has poor grammar and is wearing ill-fitted yoga pants.
2. The Hoity-Toity Mom- Well groomed and manicured with expensive handbags and shoes. She will quickly tell you how great her child is, how much exclusive training he/she has had, and will eventually crack like an egg and yell unabashedly in frustration if the momentum shift too far in the other direction.
3. The Annoyingly Celebratory Mom-They travel in packs. They have matching team gear and loudly credit one another on the respective child’s performance: OMG, Gladys. Ashley’s shooting just like she did in that game against the Lions! That camp you sent her to is paying off—or— Beverly, what have you been feeding that boy, he has gotten every rebound. Annoyingly Celebratory Moms continue to scream and cheer, even when their team is decidedly better and up by 20 points.

Sadly, this seems to be the norm; the status quo of youth sports in these United States of America. There is an epidemic of perspective lost. I saw a Facebook post last week about a parent screaming at a 14 year old line judge at a volleyball 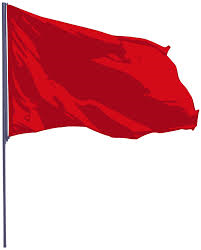 tournament. Three weeks ago, my son stood up for one of my husband’s players when a coach from the other team was screaming at her and the opposing team’s parents in the stands turned into a spider monkey posse against my son. Note: My son’s response escalated into the realm of inappropriateness, at which point I was accused of being a $hitty parent by group of vigilante strangers. Evidently, losing makes them CRANKY. Two weeks ago, my husband had to call the police at the tournament our club was hosting because an unruly parent refused to leave after being ejected by the referee. Someone hand me my red flag, it’s time to wave it.

This weekend was a tough one. His team played and lost to the cranky team with a band of misguided parents backing them. After the game, one of our players was on the phone talking to her dad and was overheard saying, “We played bad. We just lost to a team we usually beat by thirty.” One of the Moms from the other team stopped and snidely said, “Yeah….but you didn’t beat them today.” Like an idiot, I piped up and said, “Way to be classy, lady,” and just as the words rolled off my tongue, I saw a little girl playing near is. She was probably seven, her eyes were bright and her smile wide. She reminded me of a place I had been and more importantly, of the person I want to be. I turned and walked outside. 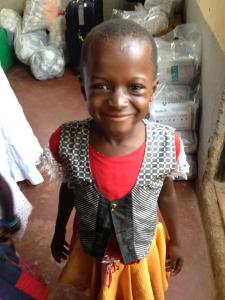 give her both. For an entire day, she wrapped herself in all the love and attention I could give her. She slept on my lap and I kept the flies off of her face and traced the creamy softness of her skin in the heat. I met and loved on so many children during my short time in Africa, but this one left a mark on the tender flesh of my heart. Seeing that little girl at the basketball game who so resembled Annette, caused a knot to form in my throat and a lurch of regret in my heart.

I was reminded how easy it is to lose perspective and to get sucked into the craziness of the world around me. Flexible is something I strive to be, pliable is something I resist being. I don’t think it is ironic that a poor bright-eyed child from a village 8000 miles away is helping me

to strive to be a better person. I think it is powerfully purposeful. It’s a shameful part of my character that I would need to be reminded at all.

Perhaps, this post is nothing more of than an expose of my judgmental spirit. After all, it isn’t nice to generalize people at youth sporting events into categories. The truth is, there are many times when I could easily be grouped in with the ridiculous people. Sometimes it’s difficult to see when I am in the midst of the madness. It is much easier to see when the truth is reflected in the memory of the face of a hungry child. Today I remembered what is important. It isn’t about the score or which kid is bigger faster or better. It’s about being human and teaching kids the values you want them to have both on and off the court. Reaching down to help a fallen opponent is every bit as significant as reaching out to a hungry child in a village on the other side of the world.

As adults, we set the tone. We lead with our attitudes, good or bad. At times, I am

guilty of joining in the frenzied actions of the ridiculous people, but I am learning. For today, I listened to my heart. It’s a heart condition, of sorts. Isn’t that’s what it’s called when your heart doesn’t work the way it used to?