I am a chicken. I attribute this cowardice condition to the vastness of my imagination. Adulthood was supposed to equip me with rationale, logic, and grownup perspective. Yet, I am plagued by things that go bump in the night. Regularly, I find myself being chased home by wild coyotes when caught after sundown on an evening run. The shadows along the woods taunt me with the unseen creatures of the night. My dreams are often interrupted by screaming mountain lions, rabid wolves, and an occasional Sasquatch lurking just beyond the trees behind our house. My body rests, but my mind refuses.

It is a state of ridiculousness, which my effort at reason cannot move past. In contrast, there are things I should be afraid of, which I am not. My sincere trust in humanity as a whole could be considered a liability. Constantly on guard for the lone savage wolf stalking me as a walk on the trails cut through the woods, my guard is slack when it comes to my fellow bipedal homo-sapiens. Seldom am I aware of my surroundings, while walking in a dimly lit parking garage. The random stranger asking for directions doesn’t make me wary. My car is often unlocked and sometimes my keys can be found dangling in the ignition. My shopping cart is left unattended with my purse splayed open as I browse the aisles. Trust, even when it is soaking with carelessness, can be broken.

Two weeks ago, as I sparred with the ominous beasts in my dreams, someone was breaking into our vehicles parked in our driveway. We awoke to find that our cars had been ransacked. Unfamiliar hands had rummaged through our consoles, purses, and glove compartments, grabbing and carrying off miscellaneous personal possessions. In their wake they left us feeling vulnerable, empty, and violated. The emotion I wanted to boil to the surface and spill out of me was anger, but it wouldn’t come. As I stood and wondered what a thief was going to do with a purse that had my last name embroidered on it, there remained with me a stifling sense of sadness.

Many of the items taken have made their way back to us. Some have not. My purse was found along a gravel road not far from our house. My son’s driver’s license, college ID and bank card were found by an acquaintance as he was running in an area about six miles from where we live. A backpack was found along the highway along with two of my son’s college textbooks. There are several expensive textbooks, a wallet and some other items which are probably rotting in a ditch in some random location. There was little cash to be taken, but what little there was is gone.

The whole situation should have spurred a sense of fury in the audacity of brazen thievery. While it did springboard a campaign to ratchet up our security, it brought me around to a place I least expected. I found myself immersed in a sense of gratitude. Instead of being consumed by fury of the violation, I found myself focusing on the simple fact that these things were just that—things. Though thieves were among us, the “us” remained unscathed, intact, and well. While my sense of security was dented, the reminder to not hang on too tightly to those things which can be replaced and to hold dearly to those which cannot did not go unacknowledged.

There are so many things in my life that I will never get back. Never again will I hold my sleeping babies with their warm breath sweet on my cheek. There will never be another night of playing outdoors in my bare feet of summer and hearing my mom yell it is time to come inside. I will never get back those wilted dandelions offered up to me from the gap-tooth grinning face of a child who still thinks I am the entire world. Driving the back roads for hours with good friends, with nothing more to occupy our carefree hearts other than the next song playing on the radio are moments gone a lifetime ago. Gone are the days of sitting on the porch with my grandpa hanging on every word of the tales he would spin for me. I can’t go back to the first ‘I love you’ my husband spoke to me or feel the tears he cried as he held his newborn son. Time, it seems, is the real thief. But what time has stolen away hasn’t left holes in the fabric of my existence. What remains is a patchwork of memories being pieced together forming a quilt that is my life. No thief in the dark of night can take the treasures locked securely away in the depths of my heart.

The fear of coyotes, chupacabra, and Bigfoot has not abated. The cars are locked and so are the doors. My faith in mankind is, for the most part, still intact. Life is not meant to be lived in 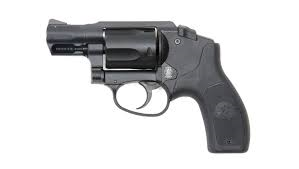 the unrest of worry over things. Stella, is my little Smith & Wesson .38 and she provides me a sense of comfort. The world, after all, isn’t nearly as scary when I am sleeping with Stella.